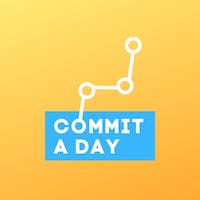 Much like the State Of CSS , the State of Javascript is a worldwide survey of developers in the Javascript world to try and analyze the trends of this fast-moving ecosystem, from which frameworks are being adopted or used more, to language flavors and testing libraries and everything in between.

The State of Javascript 2020 has just been published, you can check the full report and survey results on the official website below, but here are some highlights which I found interesting: 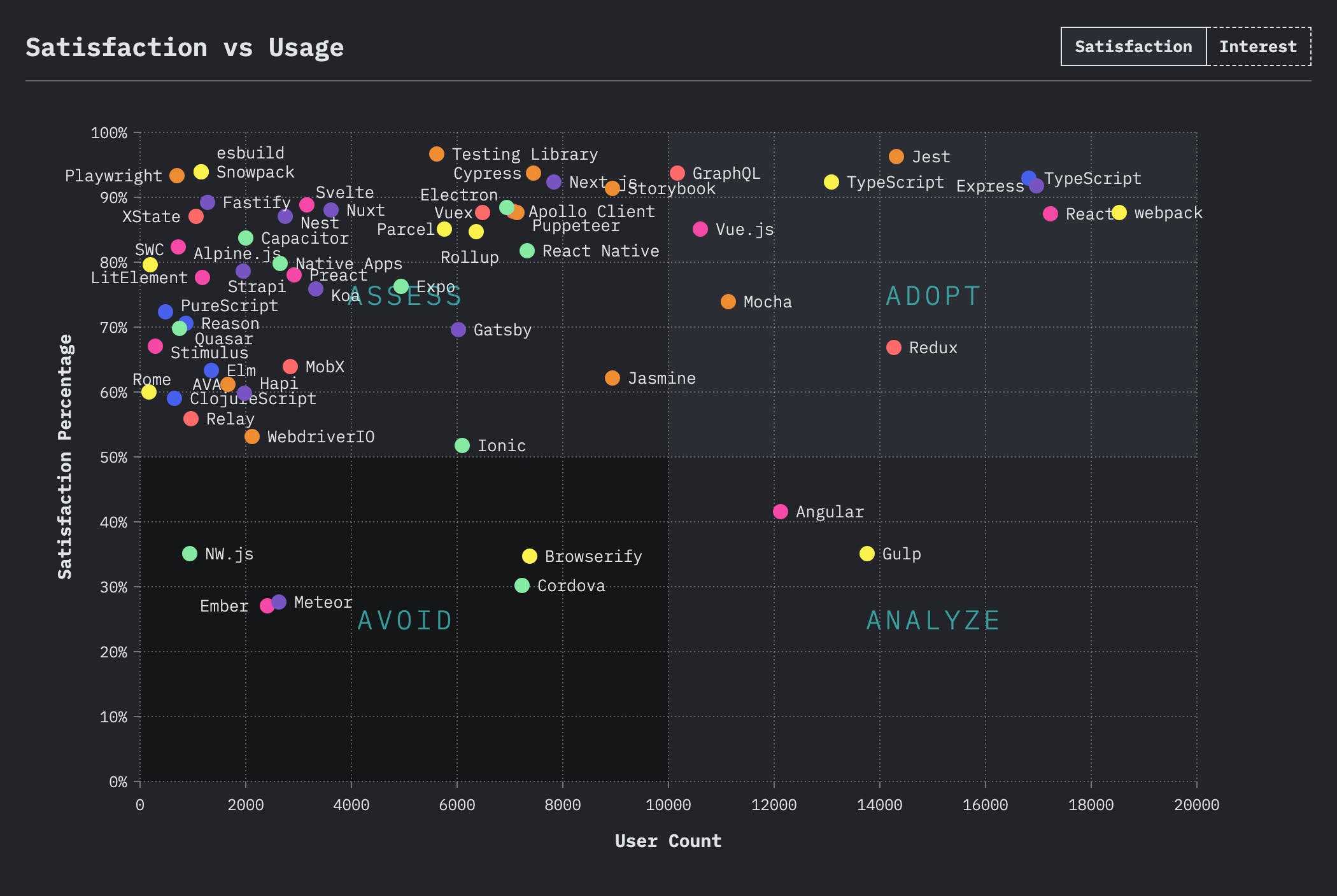 React wins hand down in terms of usage, but Svelte was a big mover this year Surpassing React in developer satisfaction and doubling it's adoption over the last year 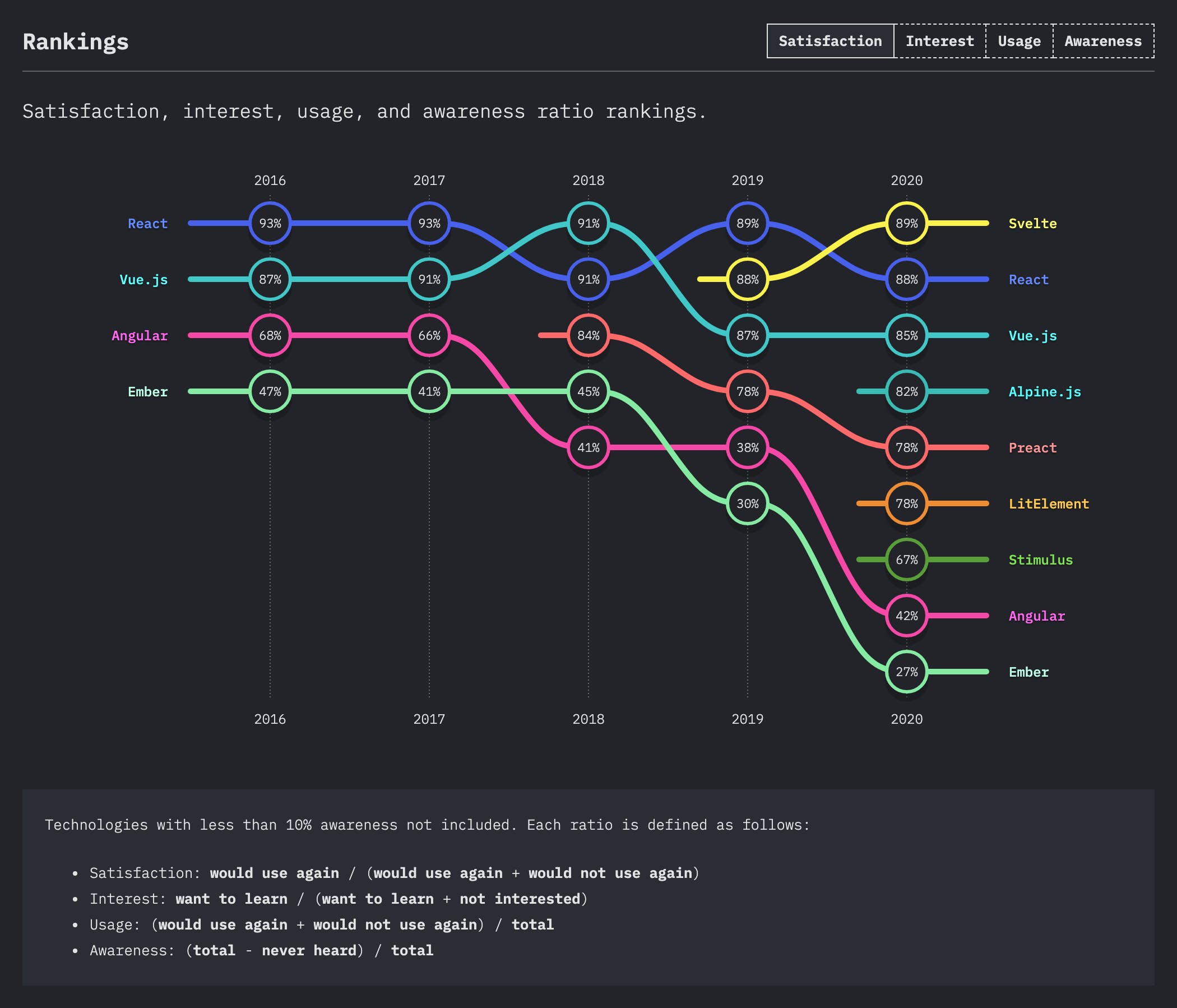 Typescript has won the battle of JS flavors

Both in terms of adoption and developer satisfaction, it left everyone else in the dust 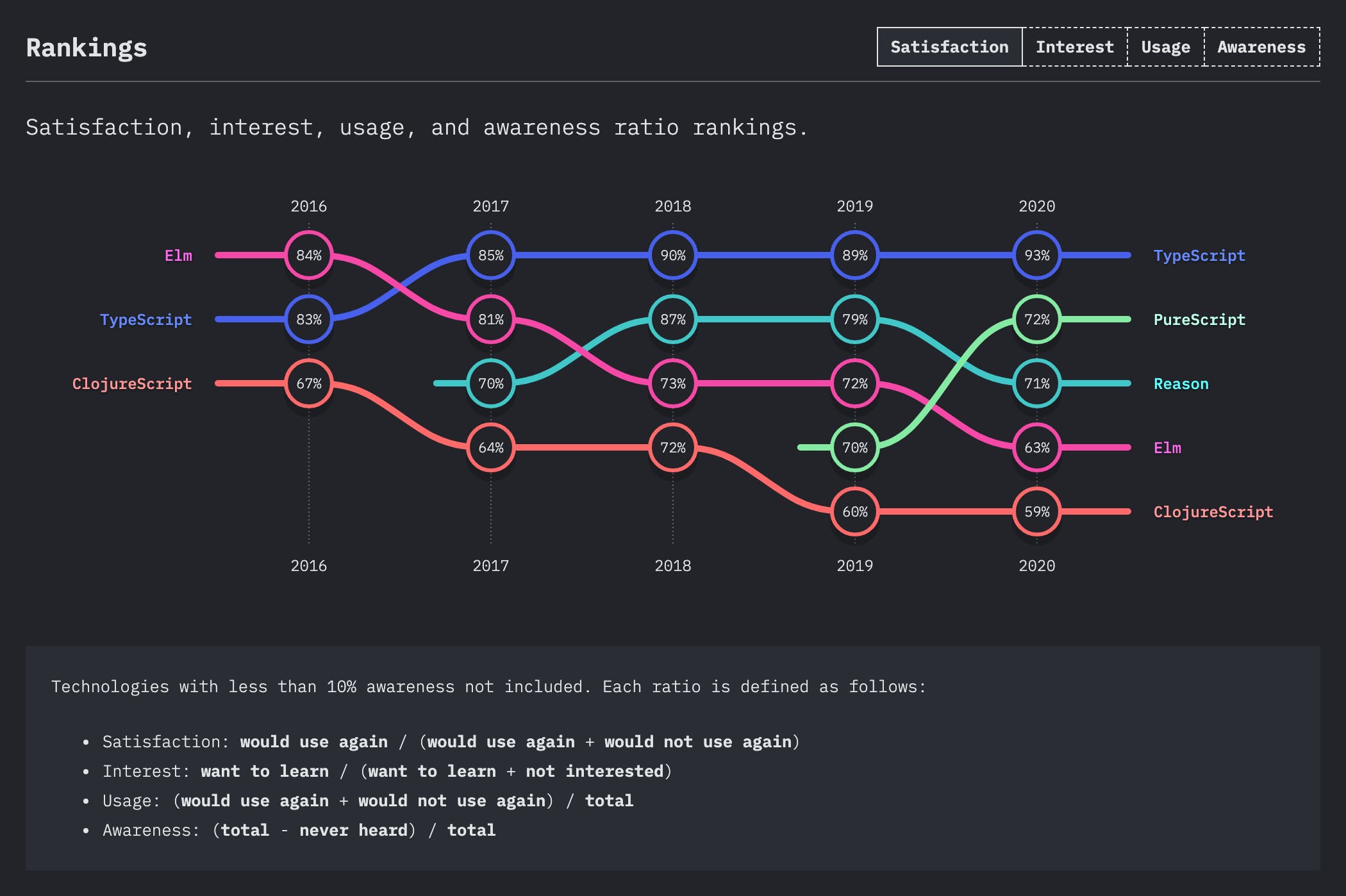 Express and Next stand out in the backend

Both dominate in adoption and developer satisfaction 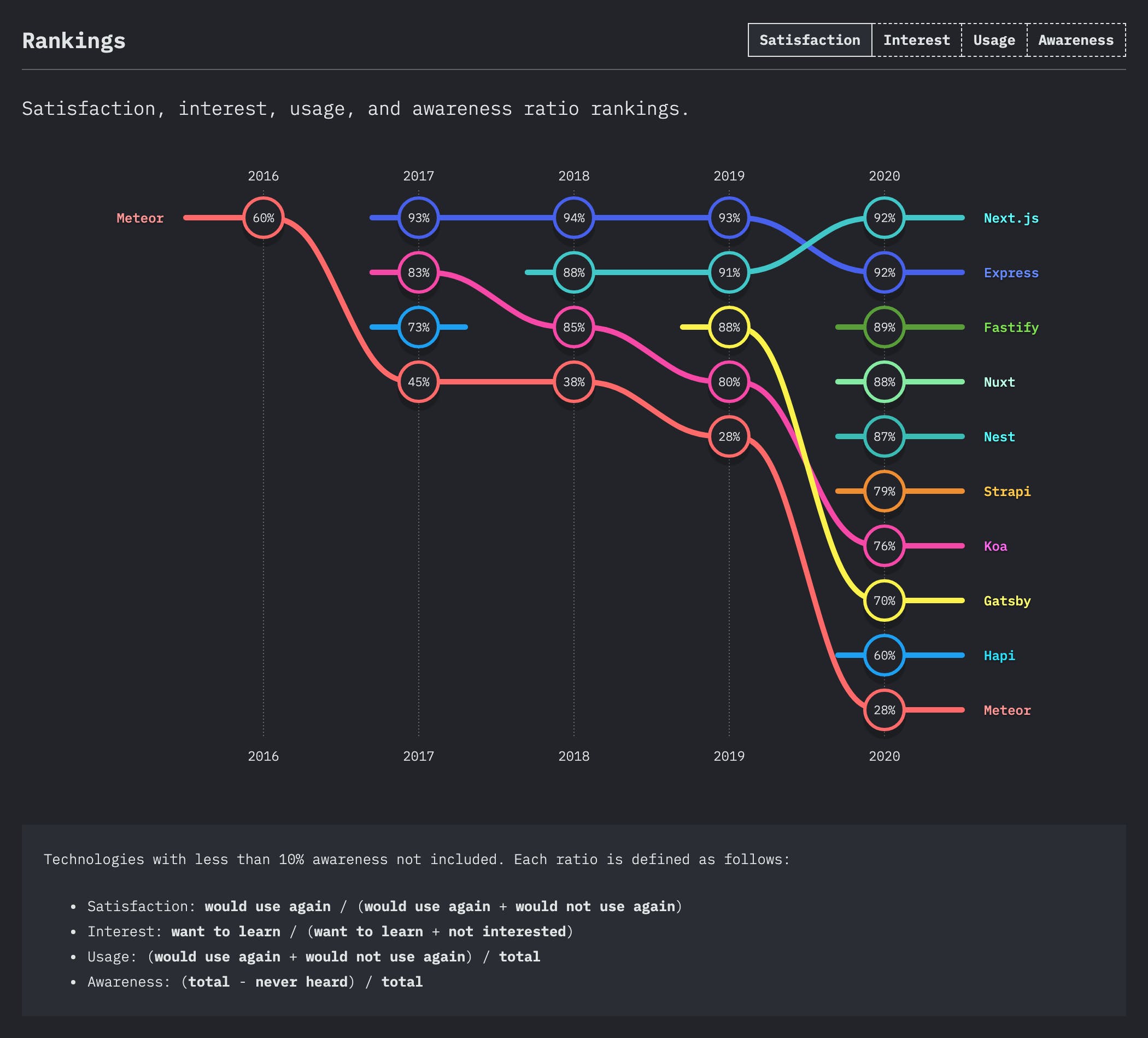 Webpack still remains the most widely used build tool, but it has a lot of new competition this year

esbuild , has entered the scene by storm, a build tool written in Go, which boasts a 10-100x faster build time than the top players in the market

Snowpack also claims faster build time than webpack and seems to be gaining a following.

I'm also excited for Rome as it aims to replace all of Babel, ESLint, webpack, Prettier, Jest, by creating an all-in-one linter, compiler, bundler solution, for JavaScript, TypeScript, JSON, HTML, Markdown, and CSS written from scratch with 0 dependencies. 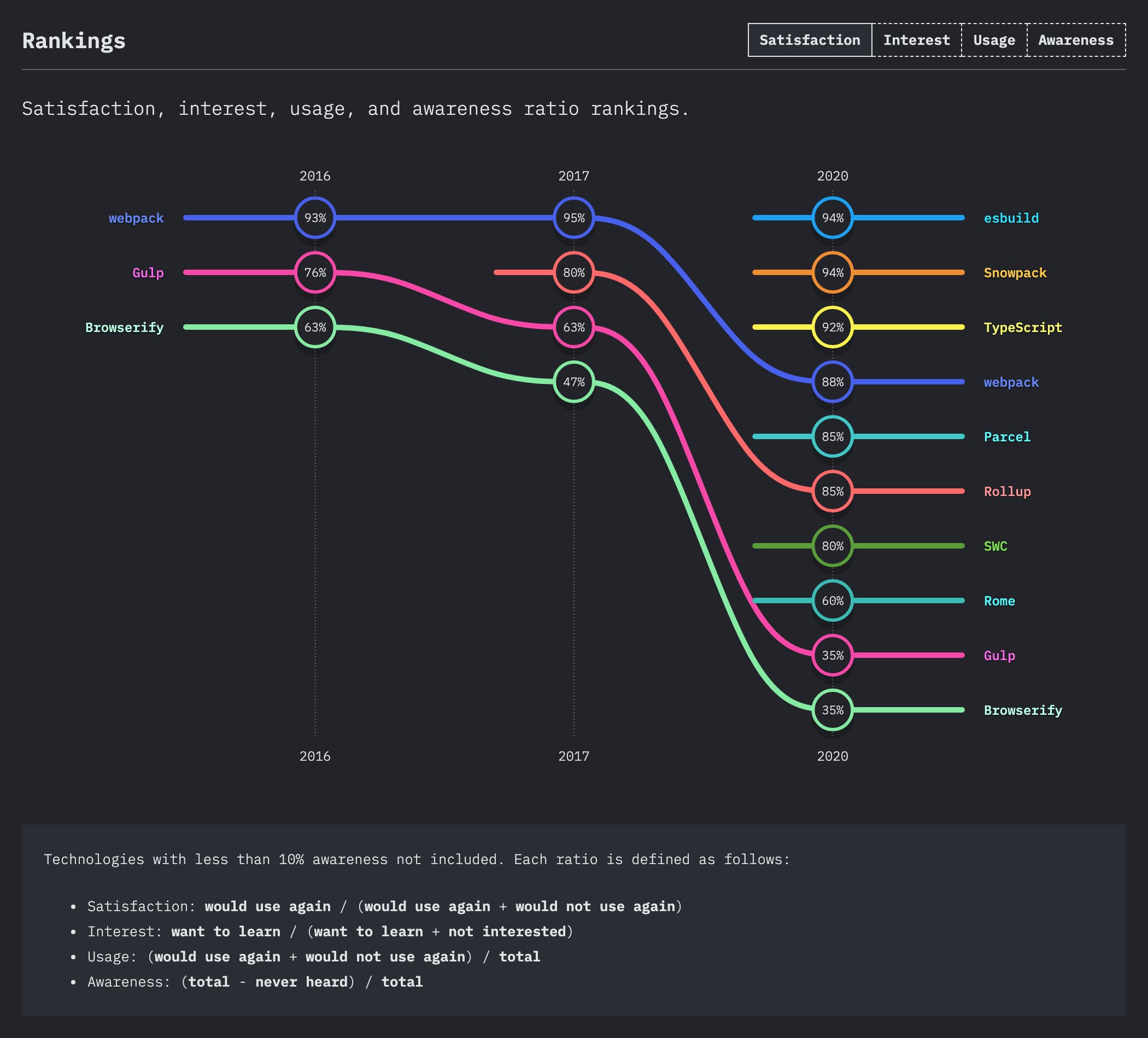 But newcomer capacitor showed great interest and satisfaction from devs 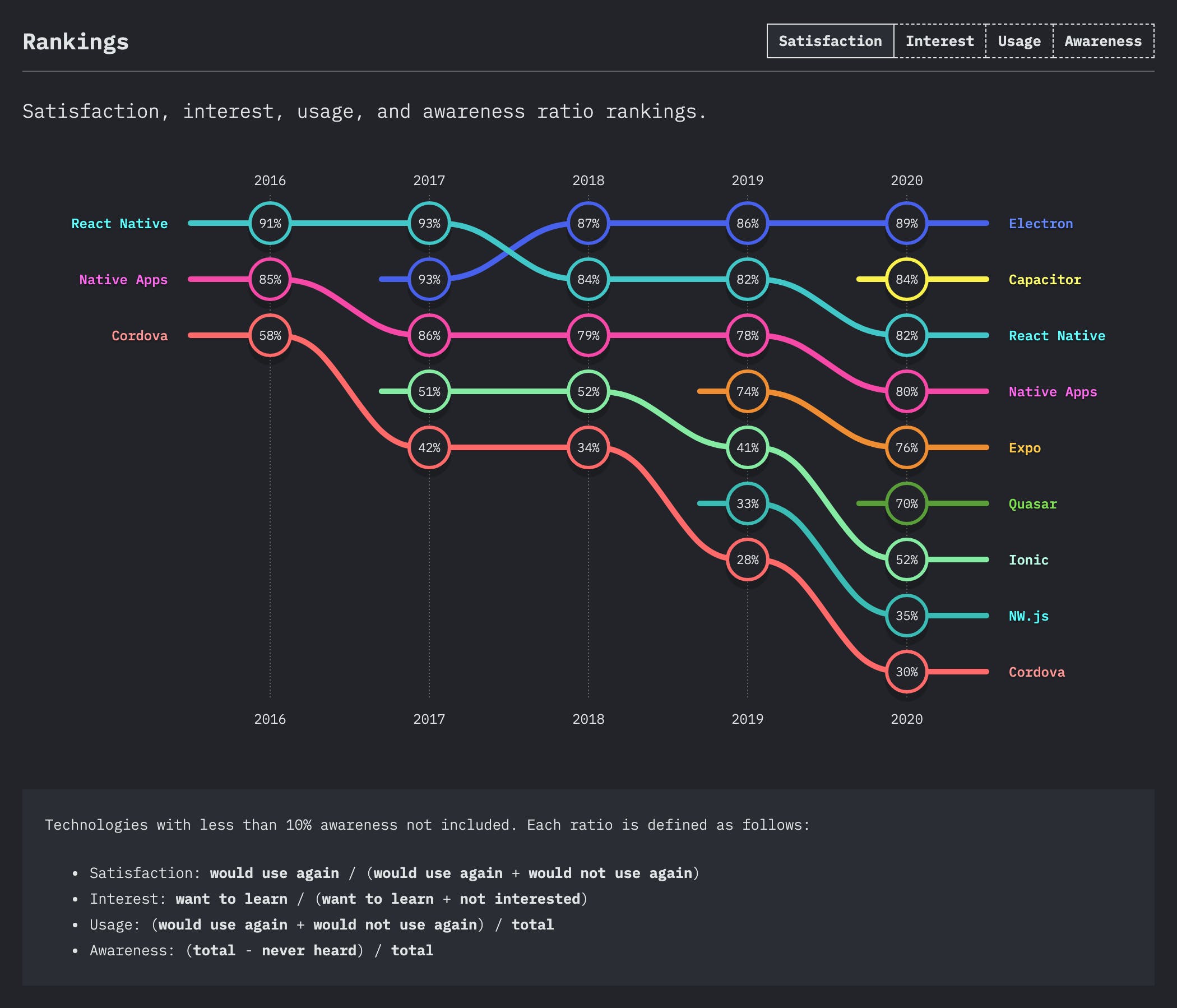 Testing Library is one of the big winners this year

While Jest still remains the most widely used framework for testing. Testing library boasted record user satisfaction and grabbed a huge 26% adoption this year as a newcomer. 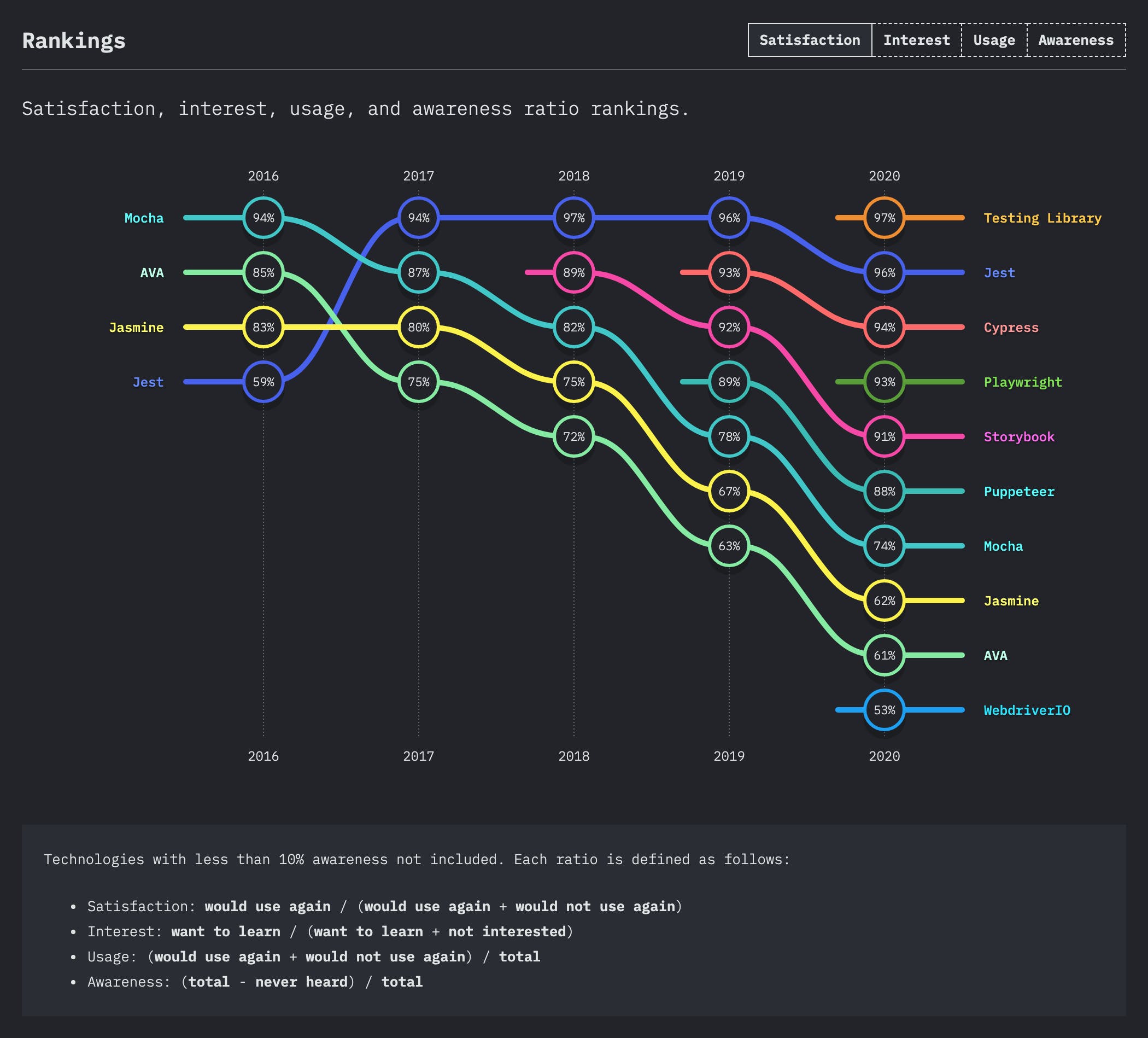 Make sure to check the official website State of Javascript 2020 for the full results.